A24 recently released a teaser for its upcoming film The Green Knight.


(My thanks to Rodney Parrish and other members of the Arthurian Popular Culture Discussion List for the head's up.)
Posted by Medieval Studies on Screen at 9:55 PM No comments:

Goggle is celebrating the 140th birthday of Will Rogers today with an animated Google Doodle.

Happy birthday to the Connecticut Yankee of 1931. 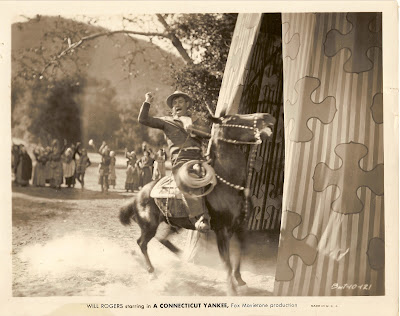 Posted by The Alliance for the Promotion of Research on the Matter of Britain at 9:20 PM No comments:

I finally got around to watching The Dragons of Camelot (2014).

Directed by Mark K. Lester, the production was filmed on location in Wales and serves as a continuation of the Arthurian story that pits Arthurian heroes against Morgan le Fay (and her dragon allies) for rule of the country after Arthur's death. Lancelot and Guinevere play pivotal roles as does their son, Galahad. He is aided in his quest by former Grail seekers Bors, Percival and his sister, Dindrane. Merlin is also featured and is instrumental to Morgan's defeat. There are some notable divergences from the tradition, but the film does make a useful contribution to the After-Arthur subgenre.

The dvd release includes a short documentary on the making of the film.

Posted by The Alliance for the Promotion of Research on the Matter of Britain at 4:55 PM No comments:

The latest number of Arthuriana (29.2 for Summer 2019) is a special issue celebrating the work of Kevin J. Harty. It also features a number of reviews of recent films.

‘Who are the Britons?’ Questions of Ethnic and National Identity in Arthurian Films
Christopher A. Snyder 6

A Connecticut Yankee at the Movies
Barbara Tepa Lupack 64

From Kids as Galahad to Kid Galahad
Alan Lupack 102


Joe Cornish, dir., The Kid Who Would Be King
Alan Lupack 119


Posted by The Alliance for the Promotion of Research on the Matter of Britain at 12:57 PM No comments:


Janet Brennan Croft has an intriguing new essay out in the recent issues of Mythlore. It can be ordered direct at http://www.mythsoc.org/mythlore/mythlore-134.htm.


Here is the citation:

Posted by The Association for the Advancement of Scholarship and Teaching of the Medieval in Popular Culture at 11:29 PM No comments:

Hellboy and the Return of the King: A Review

Hellboy and the Return of the King: A Review 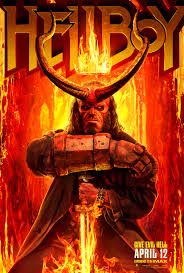 Aquaman and the Matter of Atlantis: A Brief Review


Aquaman and the Matter of Atlantis 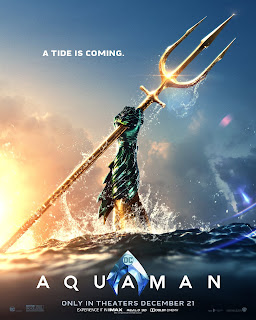 Calls for Papers: The Matter of Britain on Screen

The submission window remains open for our proposed collections on the Matter of Britain on screen. The project is currently being re-envisioned, and we welcome papers that explore the full corpus of “The Reel World of King Arthur,” a multi-media realm that stretches from the phantasmagoria and silent films of the nineteenth century to the films, television series, DVDs, electronic games, and digital videos of tomorrow.
We expect the first volume to go to press in late 2017.
Please contact the editors at MedievalStudiesonScreen@gmail.com.

Celebrating our twentieth anniversary in 2020, The Alliance for the Promotion of Research on the Matter of Britain is dedicated to embracing the full corpus of the Arthurian tradition and to promoting study, discussion, and debate of representations of the legends in all their forms as produced from the Middle Ages through the contemporary moment (and beyond). We are presently an independent affiliate of The Association for the Advancement of Scholarship and Teaching of the Medieval in Popular Culture. Please visit the King Arthur Forever: The Matter of Britain Lives website for more details on our activities and on the Arthurian tradition in general.

Founder of the Alliance for the Promotion of Research on the Matter of Britain, Michael A. Torregrossa, is a specialist in popular Arthuriana. A graduate of the Medieval Studies program at the University of Connecticut (Storrs), he has presented his research on popular medievalisms at regional, national, and international conferences, and he is especially interested in the careers of Merlin and Mordred on film and television. Michael's published work includes essays on the Matter of Britain in film, television, and the comics medium, annotated bibliographies of the same, and a series of entries for the three latest updates to The Arthurian Encyclopedia. Michael is also the founder of The Association for the Advancement of Scholarship and Teaching of the Medieval in Popular Culture. 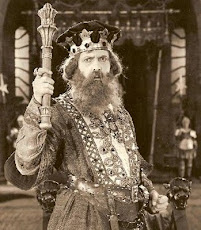 Please note, details on productions based on or inspired by more general medieval subjects can be found at our sibling site Medieval Studies on Screen.

Resources for the Study of Arthuriana on Screen

Once Upon a Time Resources